Textiles are used throughout our private and public worlds to direct spatial and bodily relationships and convey modes and codes of conduct. 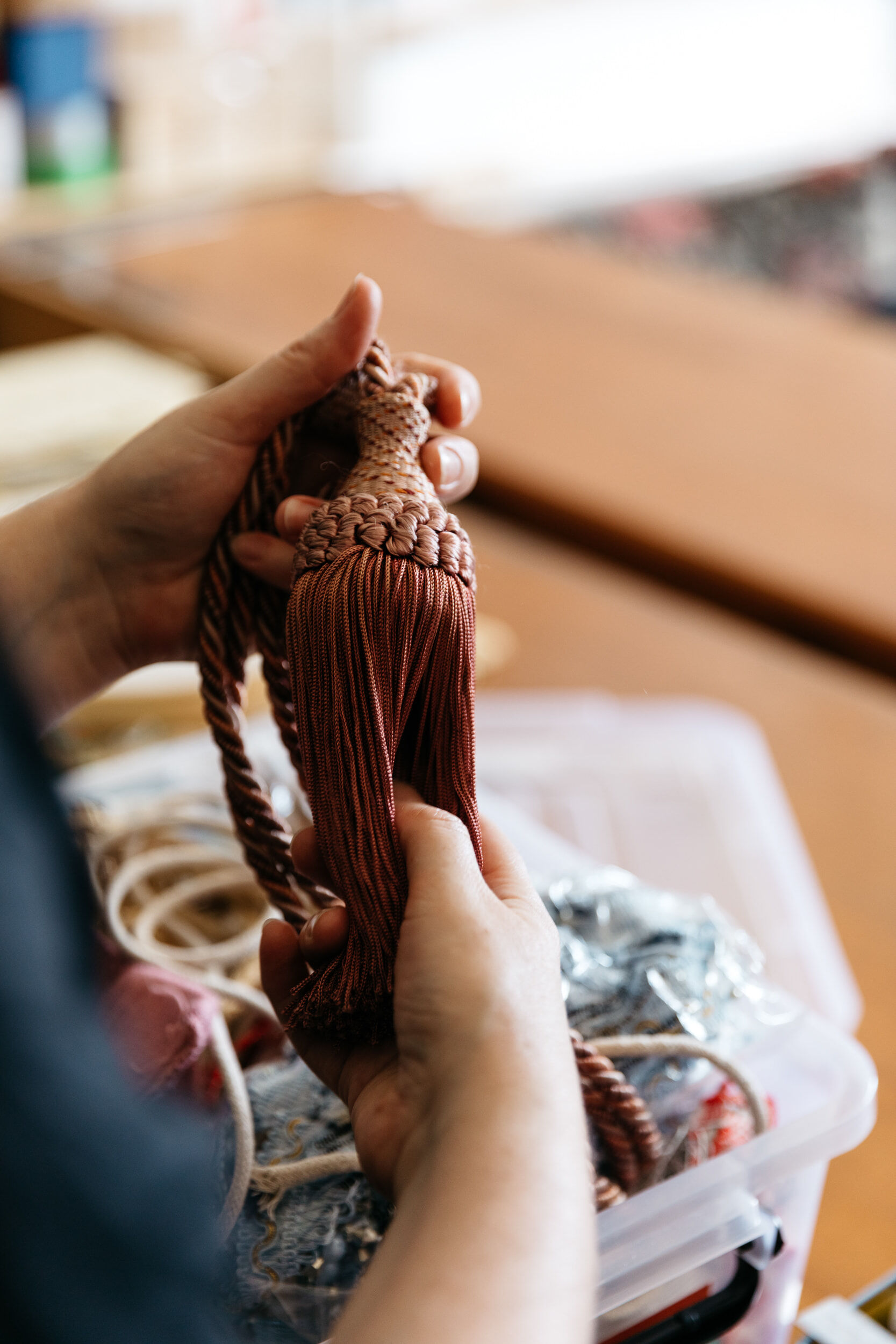 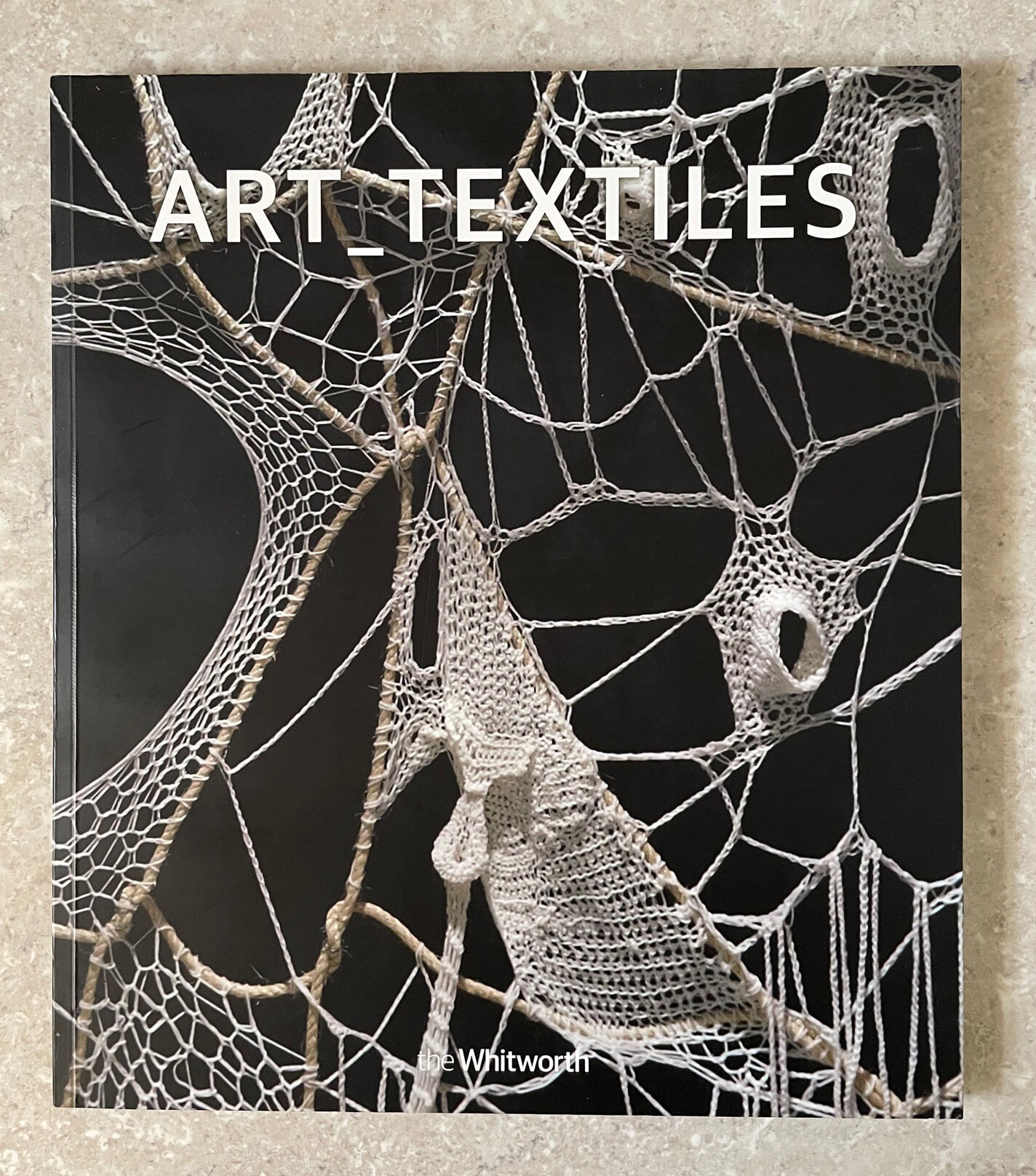 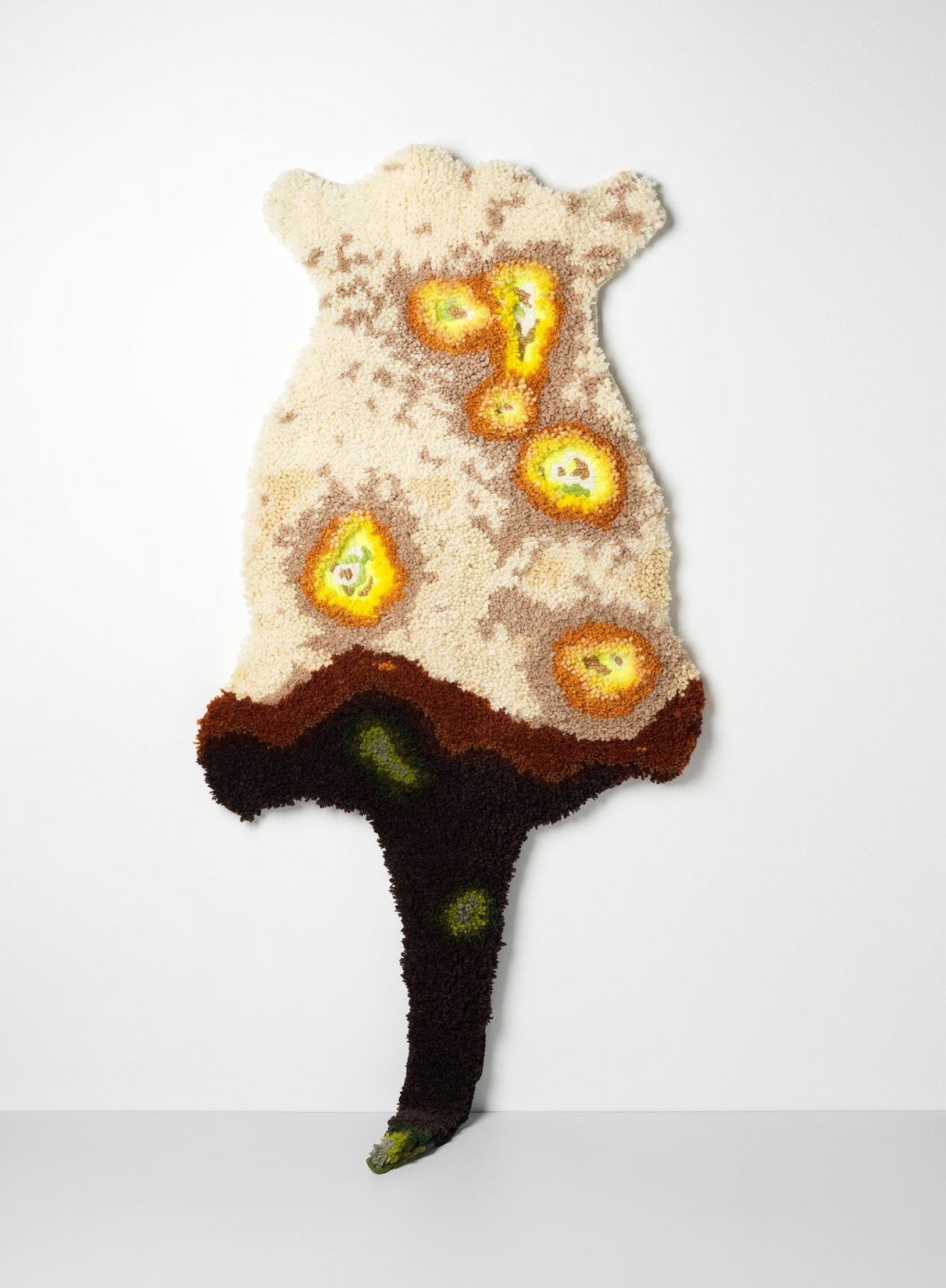 Carpets and rugs could be the interior's equivalent of grasslands; plush pile underfoot, a place to rest, a space of grounded softness.

“The very act of stepping on to a covered or treated surface serves to distinguish the space from its surrounding environment. …. it was accepted that flooring required careful consideration – signifying attention to detail and the all-important control of space.” Dianne Lawrence, Genteel Women, Manchester University Press: Manchester, pp. 85-86. Many commercially designed latch-hook kits flooded the market from the 1930s and their popularity grew after World War II, especially with convalescing soldiers. 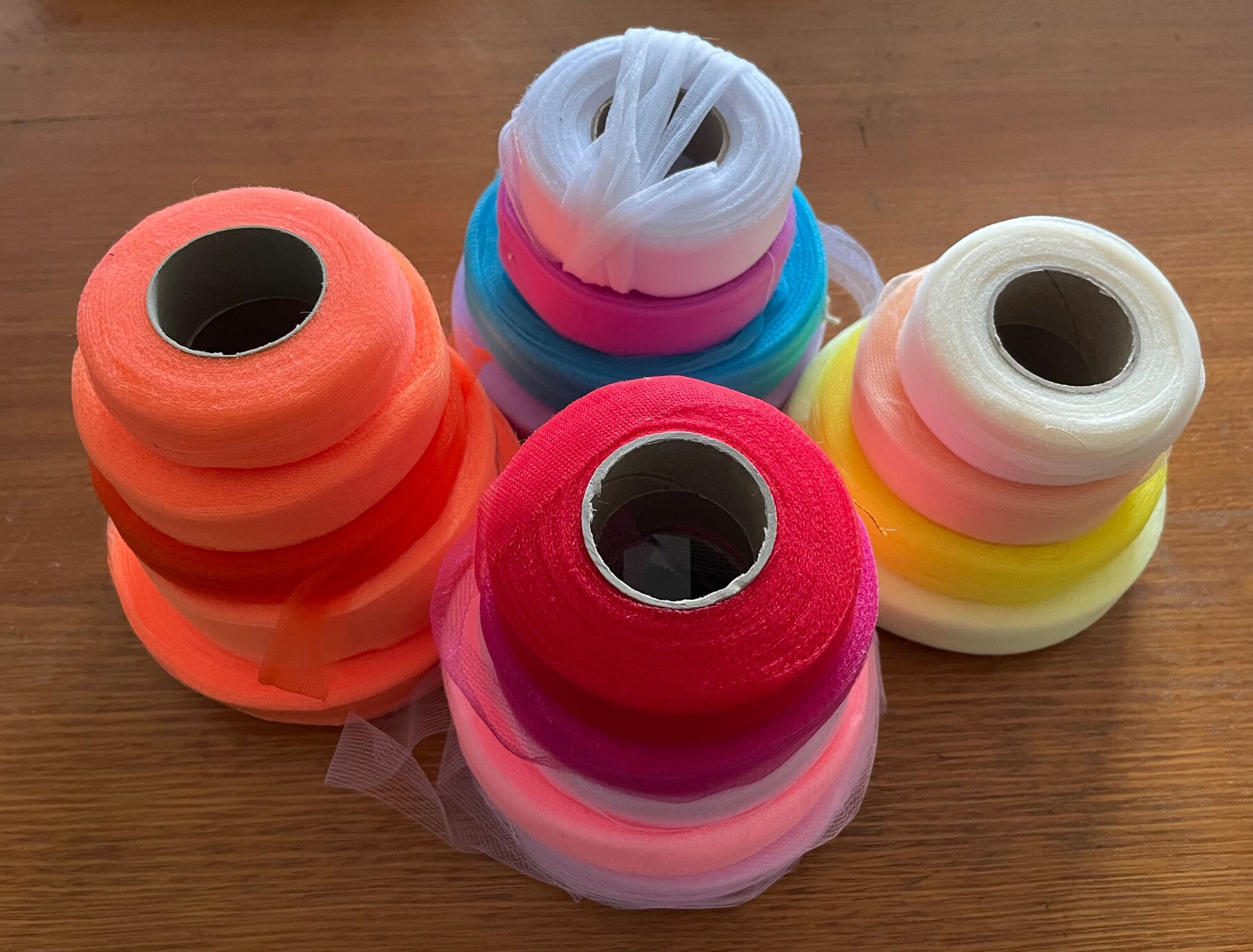 The hand latch-hook tool was invented in the 1920s, based upon the mechanism of carpet making machines. A rare example of a machined process spawning a hand-made response. One method of latch-hooking consists of Smyrna knots, side by side, a building up of wooliness into a plush pile. The name 'Smyrna' comes from the Turkish city of Izmir, a once hub of carpet manufacturing that coincided with the time Australia was being colonised by settlers importing carpets. 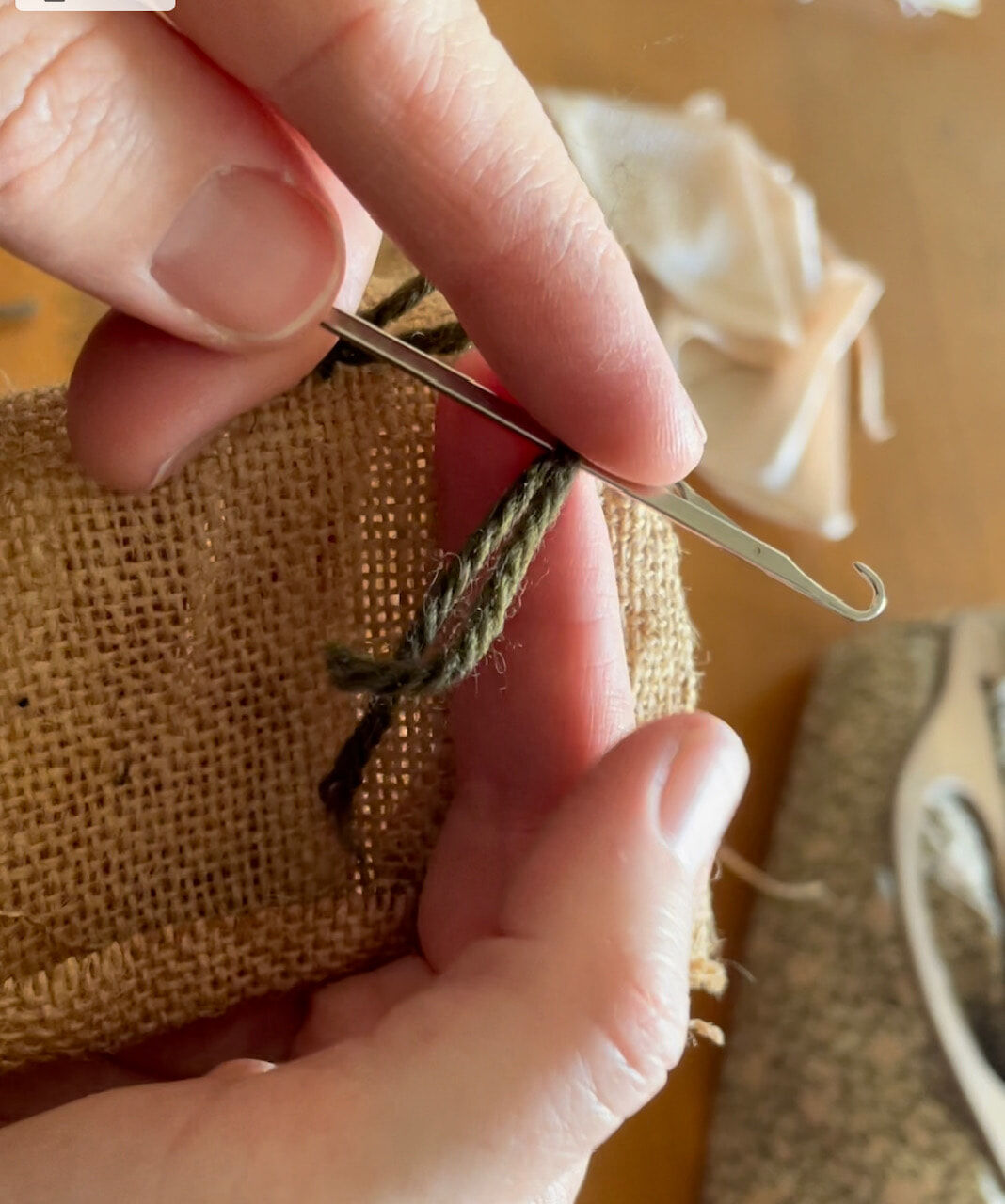 Rag-rugs are thought to date back to the Vikings. With textiles being one of the main pollutants contemporarily, the repurposing of fabrics into rugs and wall-hangings (horizontal and vertical insulation and comforts) is promising as a caring tradition to carry forth into the future. 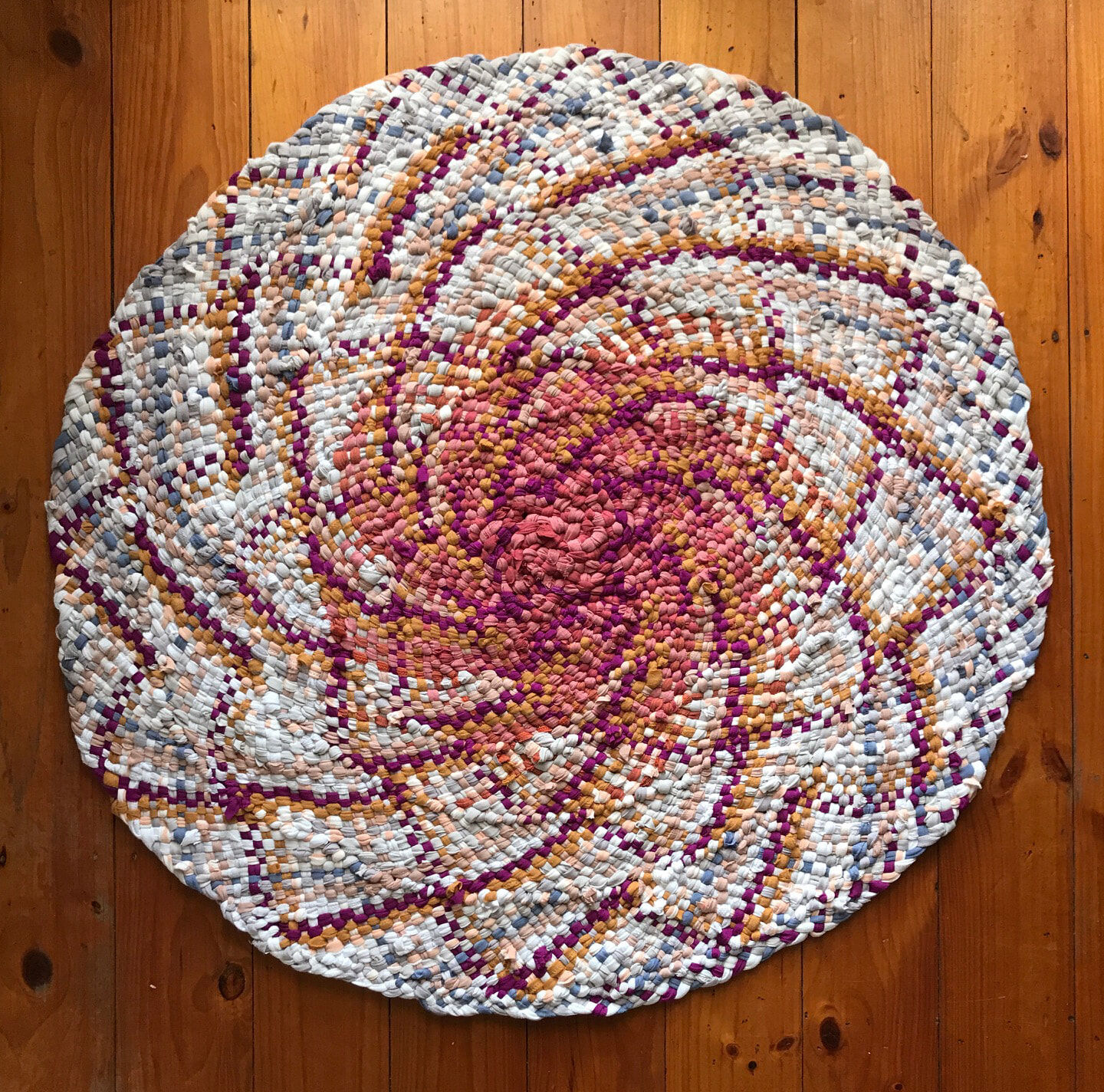 This braided rug was made under the tutelage of artist Ilka White. 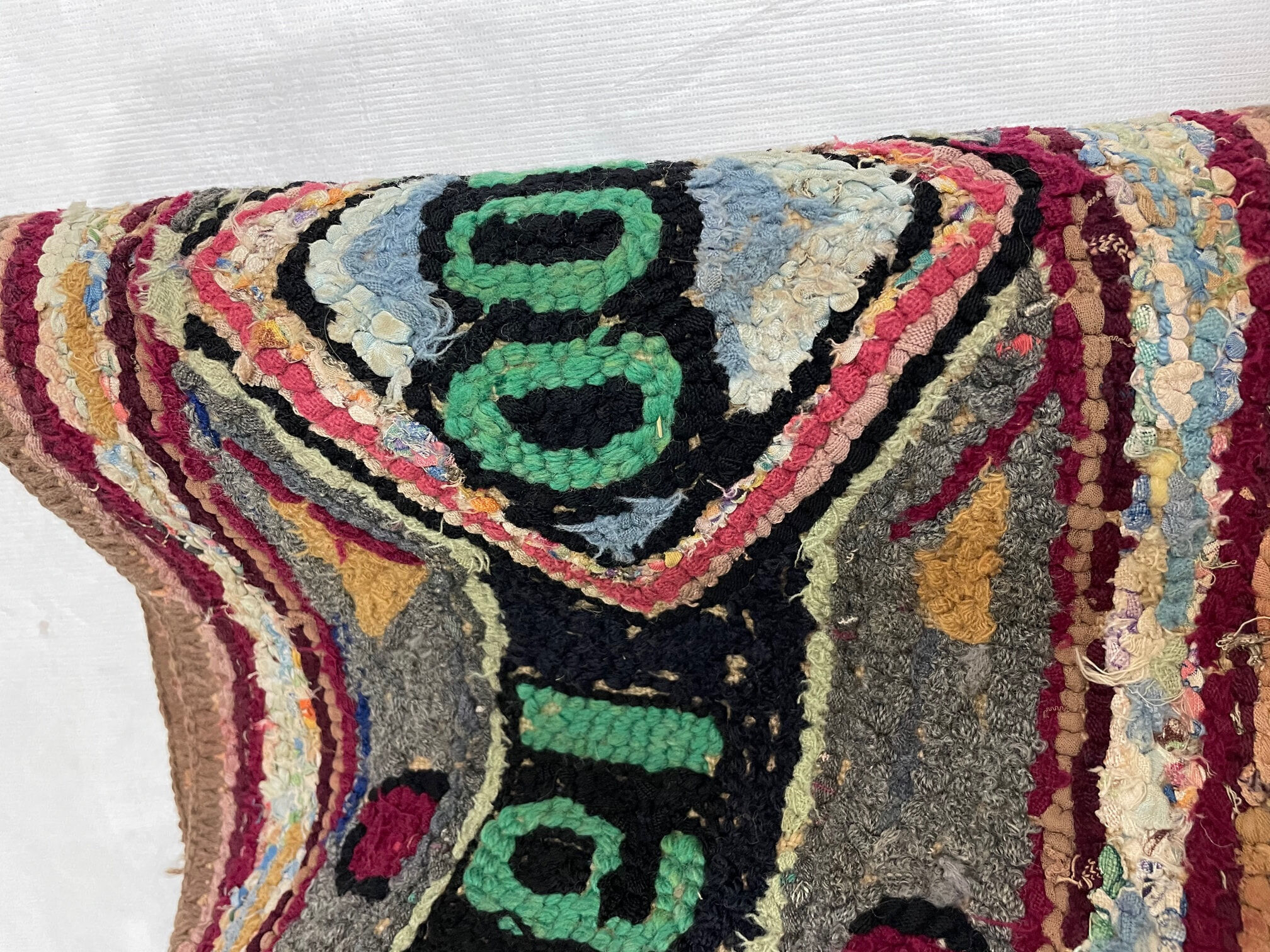 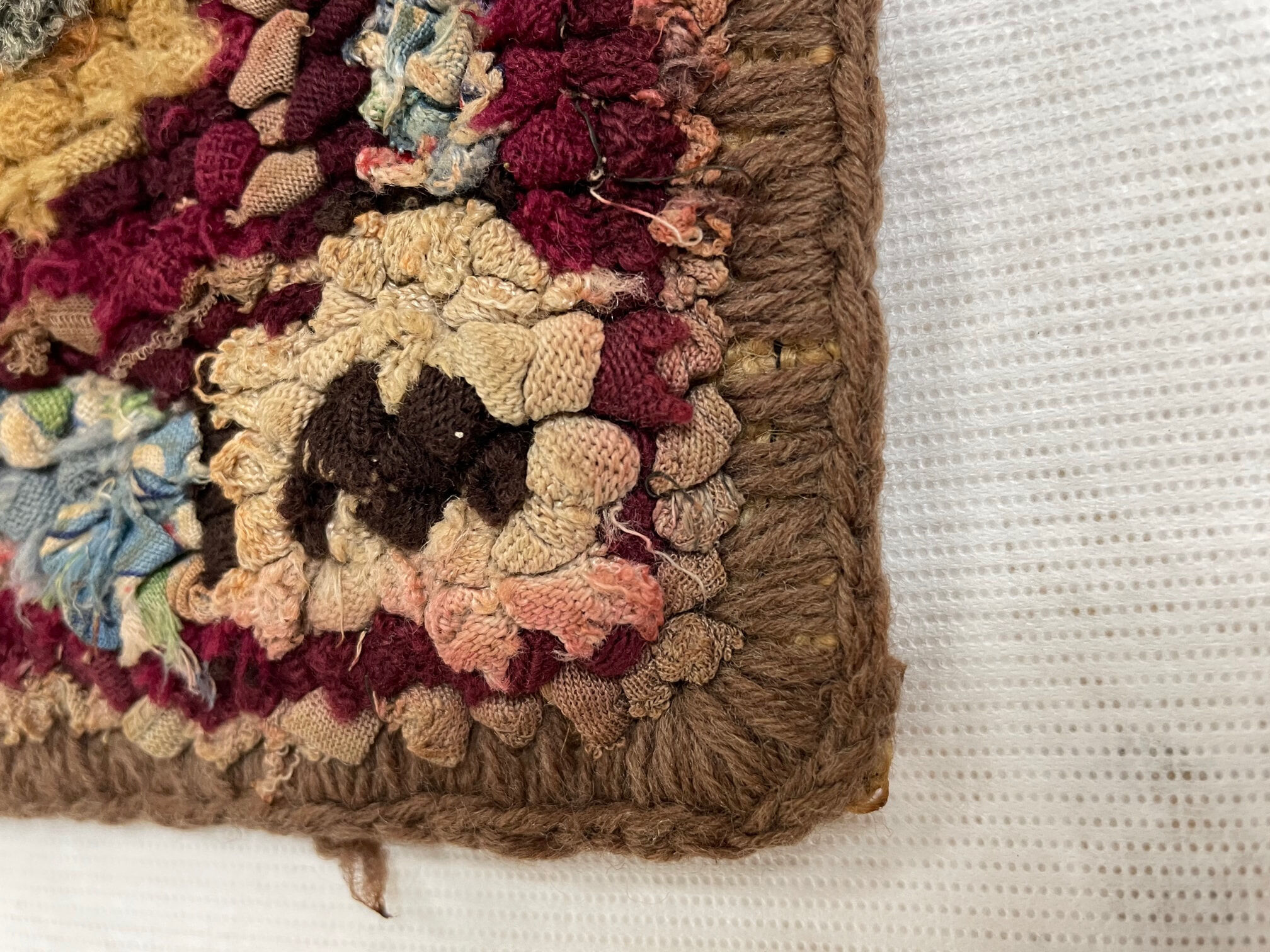 Photographs of items in the Migration Museum Collection  (Adelaide South Australia): with thanks to Corinne Ball.

Settler Colonial Shields:  A tale from my family

Mary McKay, an ancestor who arrived in Port Misery (Port Adelaide) in 1838, was home-maker, maintainer and gatekeeper of her family’s enclosed space. As a settler colonist upon unceded Kaurna Country in the marshy industry of the Port, she guarded its boundaries against, in the words of Susan Stewart, ‘trespass, contamination, and the erasure of materiality’ (Susan Stewart, On Longing: Narratives of the Miniature, the Gigantic, the Souvenir, the Collection,  Durham: Duke University Press, 1993, p. 68). She would have used many signifiers to ‘shield’ and stave off threats, which historians Leonore Davidoff and Catherine Hall explain ‘took practical as well as symbolic form in middle class homes and gardens and in the organisation of the immediate environment through behaviour, speech and dress.’ (L. Davidoff and C. Hall, cited in: Hepworth, Mike. "Privacy, Security and Respectability." In Ideal Homes? Social Change and Domestic Life, edited by Tony Chapman & Jenny Hockey. London: Routledge, 1999. P. 22). The McKay’s ‘shields’ included purporting “respectability” (through literacy, teetotalism, and attending church), domestic duties, and building a bulwark of consumer goods around them, especially drawing upon textile traditions imported to South Australian shores in forms including linens, napery, clothing, and soft furnishings. These acted as reminders of far away homeland, and of expectations around ‘respectable’ and ‘civilised’ behaviours, which were fuelled by colonising, racist and misogynist practices. ‘Civilising’ in an Australian context equates to the passing on of European cultural practices, many of which were transmitted along female lines domestically through housekeeping and etiquette, reinforced through community groups, and embedded in the material stuff of homes.

Shields as Dress: The Fox Pelt 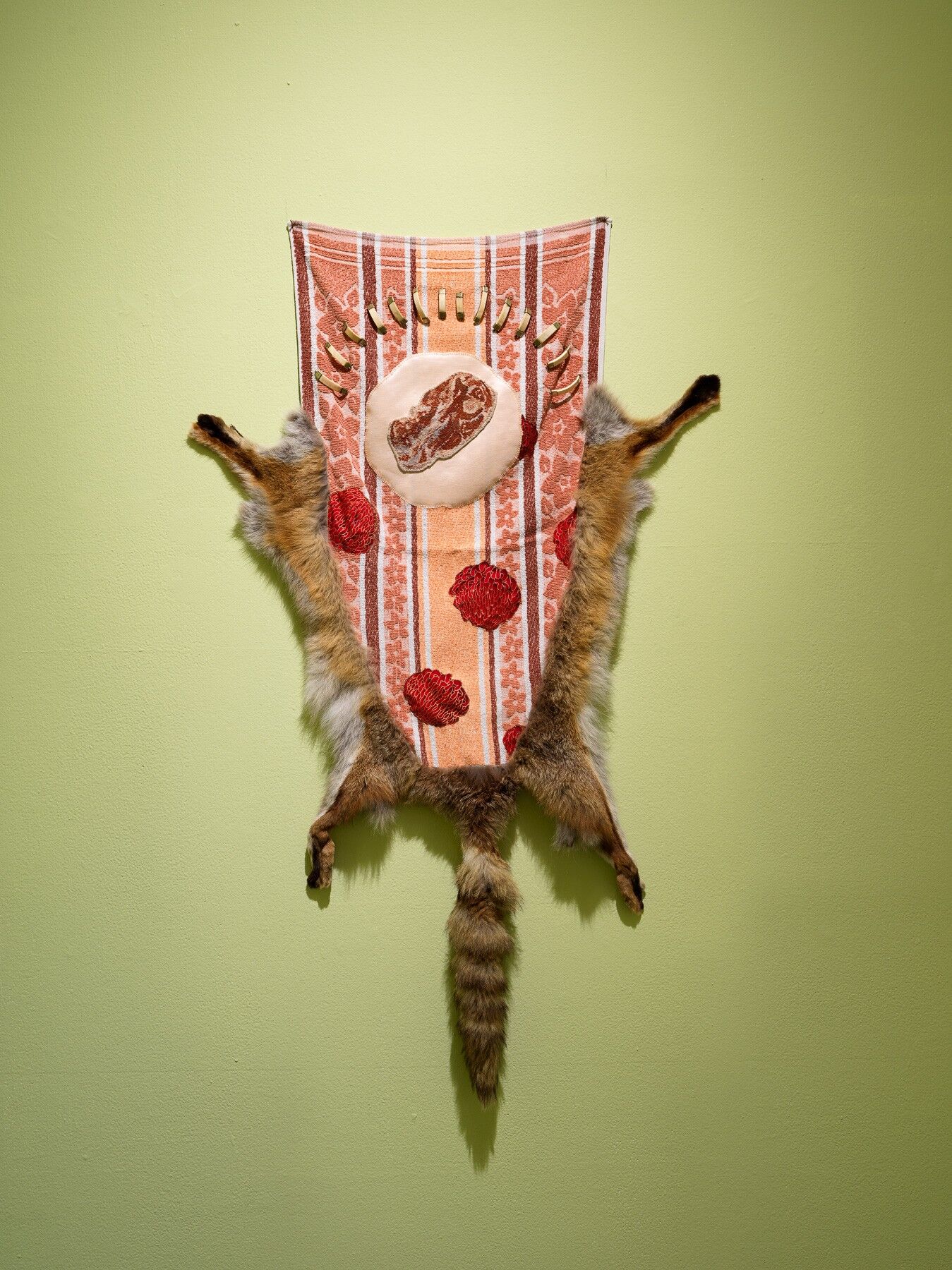 Telling Tales on Terry Towelling: The Lost Flock (Foxy Ladies) takes up how fashion was used as social currency and a 'shield of respectability'. Embroidered into this towel, via a Berlin-worked lamp chop, teeth-like beads and an appliqued meaty warratah, is a sense of sacrifice and the sacrificed required for such fashionable displays;  sacrifices that enable daily life, especially the laborious washing and meal routines, and sacrifices of non-human beings. Though this towel is underpinned by a heart-warming anecdote – of this sheep-farming family donating a ‘lost flock’ to help sustain their community during times of war rations – narratives of menace, predation and shields of the privileged slip through. Extreme Barometer is a latch-hooked fox pelt using second-hand wool in the brightly alarming patterns of Australia's heat maps. Beyond the hottest magenta is the unknown and central abyss of black. This is both inviting in its tactility, an invitation in, while also cloying in its overbearing offer of heat.